Why You Should Hire Employees Who Have Been “Fired”

» Home » Blog » Why You Should Hire Employees Who Have Been “Fired”

Being fired from a job can have a negative effect on an employee’s work prospects. Because they were dismissed from their previous position, they may be viewed as persona non grata by any potential employers.

However, 3C Contact Services, the leading provider of outsourced call center solutions, tells their partners not to delete the resume of a candidate who was fired from their last job. As the examples below illustrate, you may just be throwing away an employee who will excel at their role.

1.      Could have been perceived as a threat: Like it or not, politics are often a part of any workplace. The candidate could have been excellent at their previous position; in fact, they might have been too good, and their manager perceived them as a threat and chose to cast them in a bad light or straight-up make them look bad, leading to the dismissal. Their previous manager may have even thought that they were gunning for their position!

2.      Constructively dismissed/dismissed based on business needs: A constructive dismissal is when an employee resigns their position because working conditions were deplorable, they were subject to harassment, there were issues with pay, etc. The employee may have been doing the job to the best of their abilities, but unfortunately, it was under less than ideal working conditions. On the other hand, the employee may have been dismissed for budgetary needs, because there was no need for their position, because it was merged with another, etc.

3.      Previous employer didn’t notice/tap into their potential: The candidate could have been a top performer, but because of laziness and apathy on part of the management, their style not matching with the corporate culture, or any number of reasons, the employee failed to reach their potential to excel at their previous position. It’s also possible the employee had the drive to succeed, but they weren’t presented with the opportunity.

Of course, the candidate could have been dismissed from their previous job for a perfectly legitimate reason and you should still consider them a solid avoid. But always get both sides, from both them and their previous employer.

With that said, an employee who was dismissed from their previous position may have learned their lesson and won’t repeat the same mistakes at their next position. 3C Contact Services knows that an extended period of unemployment can be a sobering experience for anyone and that a problem employee who was fired may just become a model employee at their next position and realize their untapped potential. 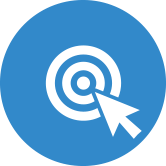